A STYLE OF YESTERDAY FOR A HOME TODAY

The tower is built on a slope and ashlar corners. The rest is masonry. Formerly it was made of lime, sand and stone conglomerate. Currently it has been restored with concrete and stone. Upper terrace with stone battlements crowning the perimeter wall of the tower.

When rebuilding its ruins, a total cleaning of the base was carried out, delving into it, to reinforce the perimeter of the fortification with a reinforced concrete structure.

Completely made with cement and stone masonry on both sides and a conglomerate of stone and concrete inside the chamber. Windows barred to the outside with forging. The vast majority of windows are made of imitation wood aluminum with double glazing. Little by little, elements degraded over time are replaced by more current ones.

A selection of restored doors collected from demolition material make up the steps to the bedrooms and main entrance. Some of them have been replaced by rustic-looking aluminum joinery to maintain aesthetics. In the photo on the right you can see access from the outside patio to the house with one of them. 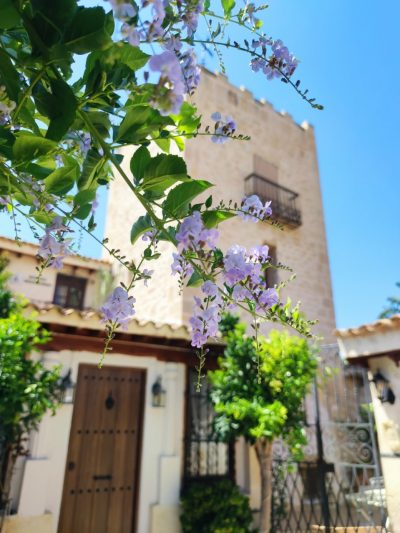 Spring fills each corner of the Santiago Tower with light and color .

A great variety of trees and plants scattered around the outdoor area transmit peace and relaxation to enjoy the moment. 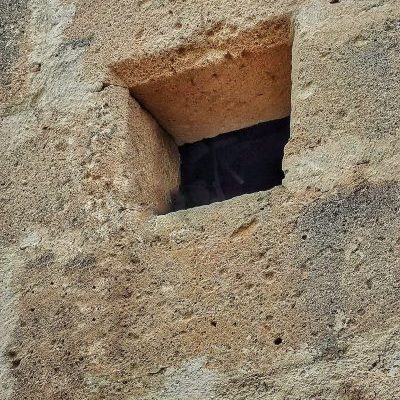 Originally on the northeast facade of the tower was a porthole in an original square shape from the 16th century whereby, when sighting the enemy, they could shoot and thereby deter the attacker. «In military architecture , it is a type of  loophole , an  opening made  in a  wall  from where pieces of light artillery are fired with protection  .» We could not find remains of another among the rubble of the ruin but it could be that other facades existed more. This, intact with the passing of the centuries thanks to being in one of the corners of ashlar masonry that remained standing.

At the top of the tower we find crenellated perimeter with merlons not originating from it. 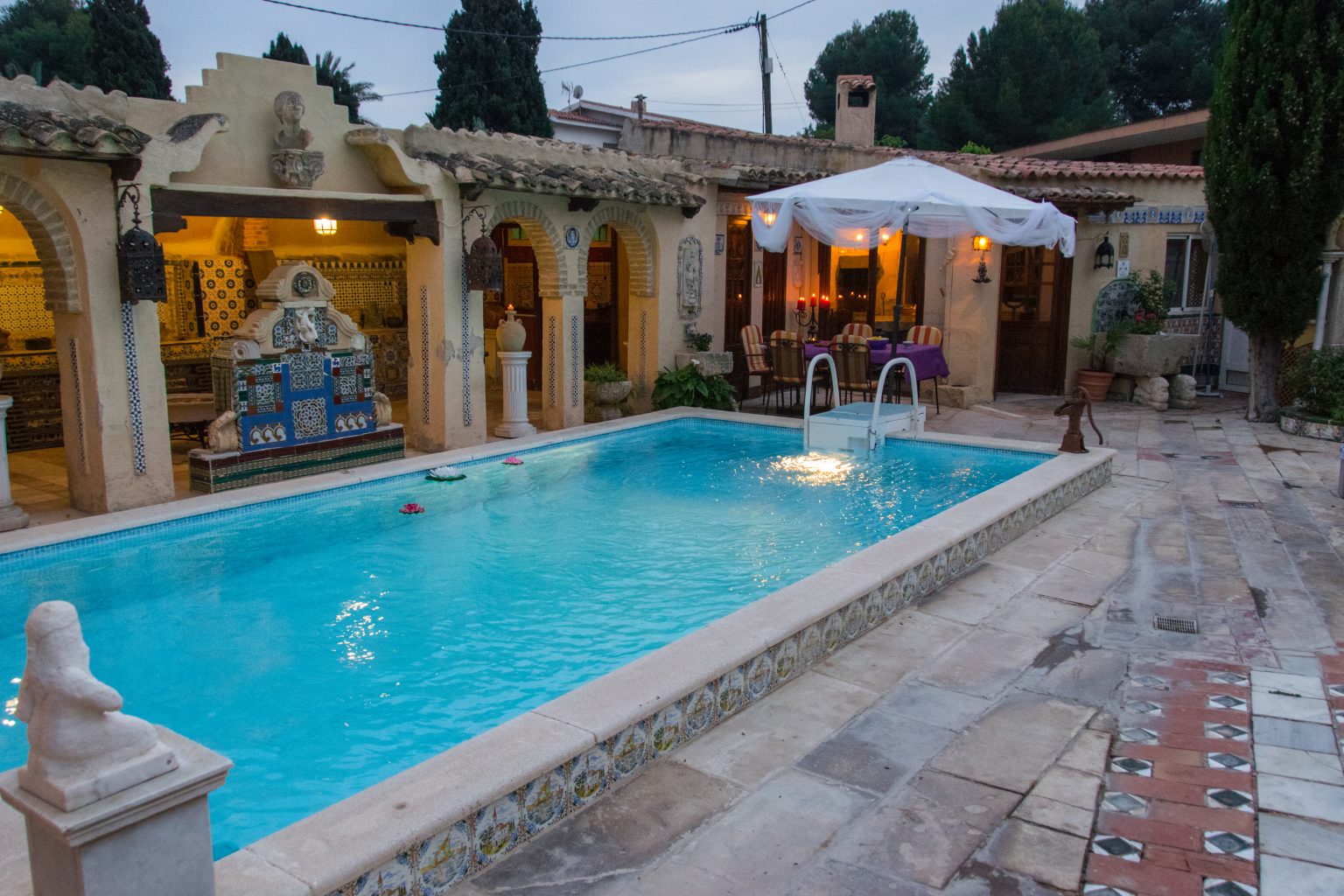 The pool at its best, at sunset or in the twilight of the night, shines with its own light. Invite to a relaxing bath while contemplating the monument or, why not, having a good glass of wine.

It was built years after finishing the work on the tower and attached house. It is from the Desjoyaux firm . Some details were added such as an exterior wall to raise it from the base of the floor and rustic style tiles were added to try to blend with the rest of the environment.

In the house and outside we can see a series of arches that make up the architecture. Some of stone ashlars, others of stone and cement masonry and others like this one, of brick and cement. This one belongs to a series of four arches, two on each side of a central figure that separates the pool from a vaulted tunnel; it connects the outdoor barbecue with the garage entrance and exposes the tower with its semi-detached house and garden. A walk with beautiful general views. 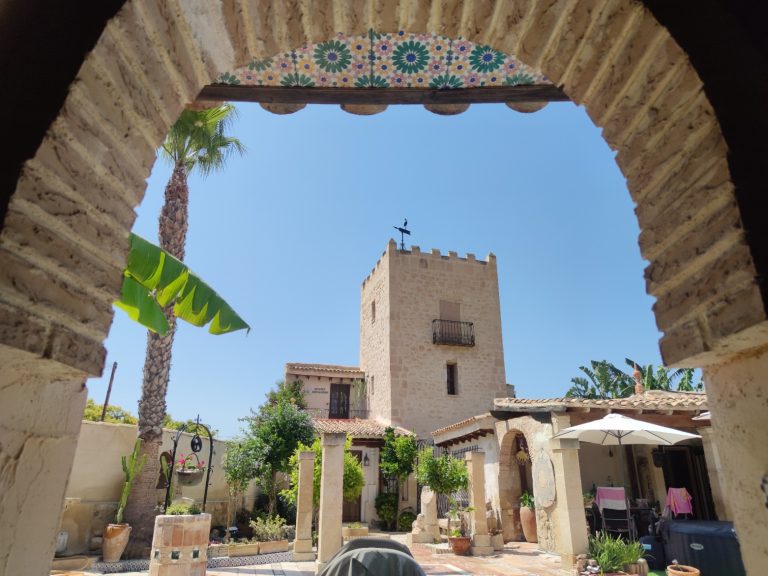 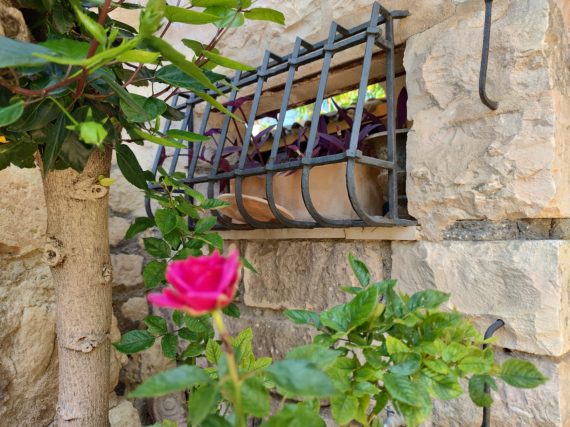 It is a small window placed on the facade of the semicircular arch of the parade ground. There is one on each side of the entrance of the same and communicates outside with another patio to access the house and summer dining room. Just above this window was placed a coat of arms, the surname of the author of the work Pedro Guillena, carved in stone and tailored for its perfect placement. Hence the name given to this patio.

It was decided to make this archway to solve an access problem, remaining perfectly integrated into the main structure as a whole.

Top of the page